5 Tips on how to Successfully Achieve Task Conflict Resolution

Let’s talk about the elephant in the room. Conflict.

Patrick Lencioni, the author of The Five Dysfunctions of a Team, shares that task conflict is actually important because it nurtures real commitment. Lencioni says that conflict avoidance undermines team buy-in and the commitment needed to successfully execute projects.

Why? Because team members feel unheard.

When team members have input in determining how tasks are executed they are more likely to genuinely commit to completing tasks needed for a project’s success. This is the case even if their ideas are not adopted.

In fact, unaddressed and unresolved task conflicts and team conflicts hinder productivity and will eventually result in severe implications for the team, such as:

Where Does Task Conflict Come From?

At its root, task conflict stems from social misalignment. Team members may have differing opinions on how a task should be executed and who should execute it. Differing modes of communication and interpretations of behavior are a recipe for misunderstandings.

This breeds trust among teammates as they adopt proper expectations of their teammates. The result is they will be less likely to jump to negative conclusions about each other and reduce the chances of relationship conflict.

To further this idea, Guenter & Co. suggests that a moderate amount of task conflict will increase employees’ grasp of their work, enhance the quality of decision-making and elevate team innovation. This is because task conflicts allow room to correct misunderstandings.

Allowing team members agency to engage in task conflict resolution strengthens team buy-in. When team members get to determine how a conflict is resolved, they are more willing to execute the resolution. The solution to the task conflict becomes a choice that they have made and are willing to commit to instead of a mode of operation thrust on them. As a result, teammates are more committed to executing their tasks for the benefit of the project at hand.

Collaboration may take the shape of team members agreeing to try different approaches to a task to see which is most effective.

An excellent way of preventing conflict from evolving into toxicity is to enlist a mediator. Ideally, the mediator could be a manager. As team members seek task conflict resolution, managers can guide their focus and remind them that they are against the issue at hand and not each other.

As a mediator, a manager can ensure both parties are heard as they move through task conflict resolution. In addition, if a manager is calm during the mediation process, this helps the employees to remain calm and present their perspectives respectfully. This form of mediation deepens the trust between managers and team members.

When roles and expectations of team members are unclear, team members may perform a task incorrectly or leave a task undone with the expectation that someone else will do it. This can cause task conflict.

Additionally, task conflict may spark from feeling as if another team member is not pulling their weight. The slighted team member may feel overburdened and begin to feel resentful toward the team and the tasks at hand. This employee may begin comparing themselves with other team members and feel reluctant to perform.

Managers can avoid task conflict by pre-assigning tasks to roles instead of allowing team members to arbitrarily complete a task because it needs to be done.

Tip 5 – Be the Ultimate Source of Accountability

This is necessary, not only because behaviors and attitudes affect numbers down the line, but because it helps team members’ personal development. This approach to task conflict resolution helps to strengthen the team’s bond. It builds a team with a foundation of trust, communication, growth orientation, and commitment. This approach to task conflict will also foster a culture of accountability between team members.

All-in-all, it is ill-advised to leave task conflict unresolved since it ultimately reduces productivity and leads to the gradual breakdown of a team. Entertaining task conflict to find a resolution builds trust, facilitates team growth, and improves communication.

If managers are willing to entertain conflict, facilitate collaboration on task conflict resolution, mediate conflicts, clearly outline roles and responsibilities and be the ultimate source of accountability then task conflict can become a source of their team’s growth.

Do You Need Professional Support With Task Conflict?

If your team is struggling with frequent disputes, disruptions, and delays, it may be time to get some expert assistance.

Help Your Team Experience A Paradigm Shift With:

To learn more about how Michele helps teams resolve task conflict, view the UniQuely Northern corporate memberships, or you can book an intake session to experience Hybrid Hypnosis™ firsthand. 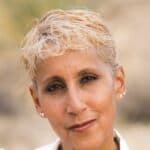 Michele Guy Syne, P.E., P.Eng., C.Ht., owner of UniQuely Northern, uses the power of the subconscious mind with a hybrid-hypnosis to quickly, and gently release stress, anxiety, painful memories, and emotional trauma to free you up to live your life powerfully, and live a life you Love. Michele does sessions in person, and via Zoom from her office in Carefree.

5 Seasonal Affective Disorder Treatments
November 27, 2022
IT CAN BE ANOTHER WAY! So get excited…
September 14, 2022
Solve Conflict at Work – Conflict in the Workplace
September 7, 2022 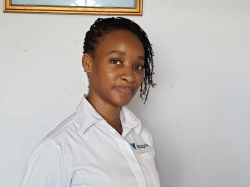